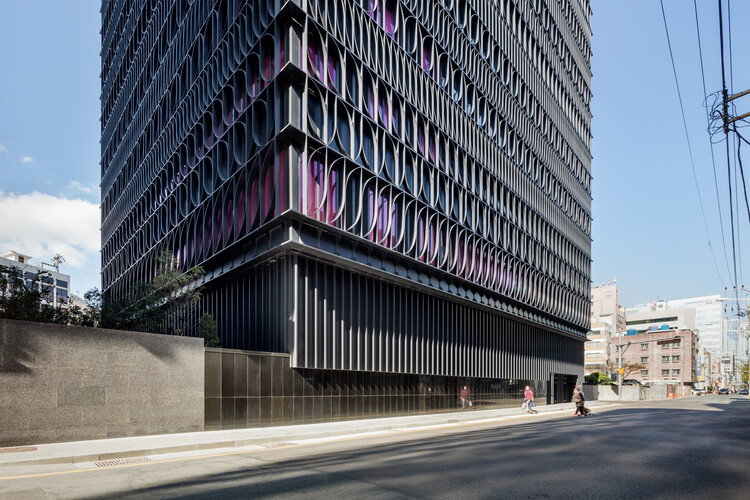 Text description provided by the architects. Located in South Korea’s second-most populous city Busan, the Heungkuk Tower serves as an office building and sits adjacent to the coastline and close to the city’s high-speed rail network.

The building’s distinguishing feature is its stark black and fuchsia facade of various linear patterns. The role of the frame extends beyond decoration, continuously creating different atmospheres, filtering incoming light, and making shadows across the interior spaces. Maximizing the land allocation, the building sits elegantly in a densely built-up area of the city.

The relationship between the building and its surroundings reflects the passing of time, changing from day to night. As the building glows from within, its characteristic facade pattern is revealed to the surroundings.

Employees and visitors of the companies housed in the building can make use of the roof garden as an area to retreat and an environment offering views into the port and surrounding district.